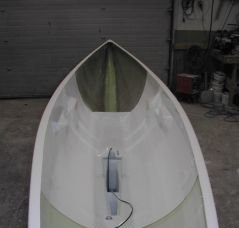 In Nyköping a town south of Stockholm a new fleet of Twopointfour sailors has emerged, much because of the dedicated enthusiasm of Lars Lindquist.

It is a well established fact that most productions Norlins are built to standards significantly below what you can achieve under the class rule and what you should expect from a serious builder. In short many of them are "rubber boats" and to heavy in the mouldings.

It is also well understood among the top guns in the class that there is significant difference in performance between a production Norlin and one that has passed through the “speed shop”.

In Nyköping the members of the fleet decided to make a joint effort to update their fleet and here will follow a series of pictures describing what they have done.

Lars has a blog where you can follow the activities in the fleet at http://nykoping24mr.blogspot.com/. 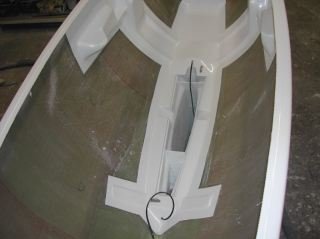 Here is to typical set ups of the Norlin Mk III, the single skin with inner moulding covering the entire cockpit area and the sandwich set up with a cut down inner moulding.

These are not the only configurations that has been used through the years but they pretty much represent the better and the worst. The single skin/full inner moulding is of cause the worst, both heavy and soft. Through many years there where no bulkheads in the boat, just covers for the floatation foam so there is no serious structure taking the loads from the rig and keel. 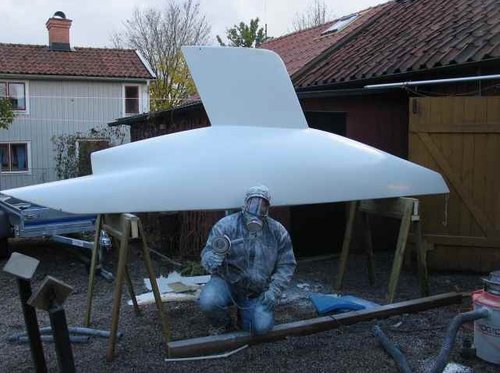 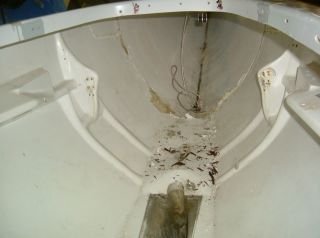 It's wise to be well protected when you hit the boat with the grinder. 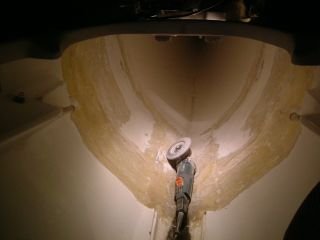 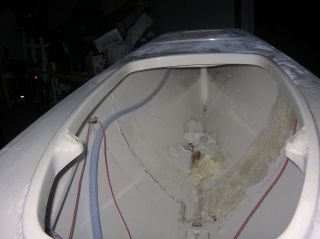 Ripping out a full inner moulding saves you around 17kg that did not do any good anyway. Building a serious structure will put back 8-9kg but these will if well executed completely change the performance of the boat. 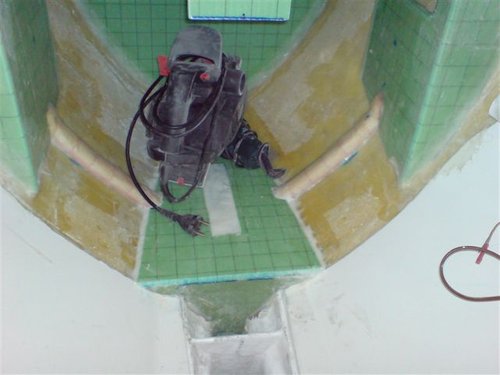